skip to main | skip to sidebar

Moving day is fast approaching, at least I hope it is. A little over a year ago, we made the move from one small southern Nevada town to another very, very small southern Nevada town. Due to difficult circumstances beyond our control, my husband Ken, daughter Heidi, and I were in no shape to do much but throw everything we owned into boxes and hope for the best. Even as I packed last year, I knew we were taking things that we no longer needed or even wanted, but I couldn't bring myself to toss anything out. I think we were trying to hang on to something, even if it was just a materialistic mishmash of days gone by.

The one and only rental house in the entire town had overgrown planters and a yard full of weeds. There were stacks of cinder blocks in the back of the house, and a partial chain link fence with a gate by the driveway and no back section at all encircled the front of the yard. The bathrooms and kitchen walls had floral print wall board reminiscent of a travel trailer, but the colors were blue and rose, two colors I love, so I shook it off and decided I could live with it. The rest of the walls were chalky white, and I don't think they had been painted since the place was new ten or fifteen years ago. We looked at other houses in this dinky little town, and found one with plenty of room and a huge workshop in the backyard. We called the realtor and were very excited when he told us the owner would be willing to rent it while continuing to try to sell it. But our excitment died the minute we walked in the front door. It was so old and the lady who had lived there must have had a dozen or more cats living inside because the smell made my stomach nauseous and my eyes water. It was depressing, to say the least. I spent a lot of time crying over what we were losing and where we were going. We were living in a borrowed fifth-wheel trailer in a hotel parking lot waiting for the renters to move out of the little house so we could move in.

But then I looked at my teenage daughter, the youngest of six children, and remembered why we were doing this. She had been through a terrible trauma that required getting her away from our little town. She was going through so much, and yet she was getting up every day after long nights of no sleep and going to school and trying to keep her head together. I felt so ashamed that I had gotten so caught up in my own discomfort while she was just trying to survive from day to day. My husband was now commuting an hour each way to work in a little car that had no air conditioning, and yet he never complained. He kept telling me where we lived was far less important than the fact that we were together.

The home we left behind was twenty-two hundred square feet and the house we were moving to was a mere fourteen hundred square feet with a small two car garage, much smaller than anything we had ever lived in, and I wondered what we do with all our stuff. Before we moved everything in, my daughter and I painted the living room, hallway, and bedrooms a warm buttermilk color. I asked our landlord if we could paint the lower half of two walls in the living room dark brown and put a chair rail boarder in the living room and master bedroom and she agreed. It was an amazing transformation. What had once felt cold, now felt warm and inviting.

We had so much help from so many people who expressed their love and told us how much they hated seeing us go. It was an emotional roller coaster, and by the time the move was finished, we were exhausted, at one another's throats, and ready for better days.

As we unpacked some things and decided what could stay packed, it became more than obvious that we had too much stuff. We threw away or donated bags of things, and yet the garage was still full of boxes and miscellaneous treasures.

Fast forward fourteen months to yesterday. We once again found ourselves deciding what to take and what to toss, sell, or donate. The difference this year is that as we packed things yesterday, my husband and I felt an overwhelming sense of evaluating the value of each thing we picked up. We spent the day going through the boxes in the garage and getting rid of so much stuff that last year had seemed invaluable. We are going to have a huge yard sale in a few weeks, and what we don't sell, we will take to DI. We have been holding on to the past through stuff. There is very little that actually has any sentimental value - pictures, journals, home movies, a few knickknacks made by our kids while they were growing up. But the rest is just stuff, none of which we will be able to take with us when we make our final moves from this life.

We don't know yet where we will be living when we go from this dusty little town to the city of St. George, but wherever it is, the stuff we put inside those walls isn't what will make us happy. The people who reside within those walls, that is where our happiness will lie. The feeling of the Spirit in our home, and the laughter of our grandchildren when they come to visit, those are the things that will make us smile.

Heavenly Father is teaching us what is important. Sometimes I wish there was a way to learn life's lessons through the easy times, but that hasn't been the case for me; I have to learn the hard way. But as I look back on each tough lesson learned, I see only His footprints and know He has carried me through each one. In fact, He is still carrying me and I love Him for it. 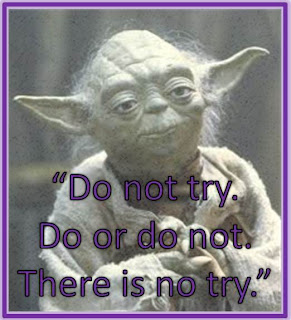 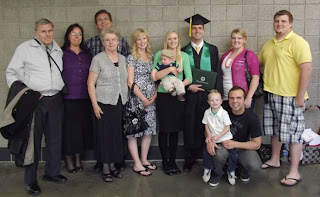 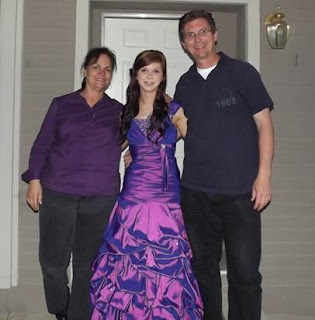 Posted by Charlene at 9:03 AM No comments:

As you can see by the pictures below, purple is one of my favorite colors and the purple blouse I am wearing is one of my favorite pieces of clothing. At least it was, until I saw the pictures. You see, I thought that wonderful blouse camouflaged what was beneath it a bit better than it actually did. I have been fighting weight issues for a little over eleven years now, and have tried to cover those issues with dark colored clothing, black skirts, dark pantyhose, and brightly colored tops. But looking at those pictures, it appears that I was just kidding myself. Ouch!

It isn't that I haven't tried to lose weight and get back into shape. No sirreee! I have tried numerous programs, signed up for meetings, taken shots, swallowed pills, bought shelves full of books, and prayed for strength to overcome. Oh I've had some success, but with each success there have been an equal number of failures. So what is my problem? Exploring that question would take volumes and would wear my fingers to nubs trying to type. In a nutshell, though, I think I listen to too many voices.

What I think I know now is that I have gone about losing weight a little cock-eyed. I stick to a program to lose weight, but I don't really think about what I am going to do to keep it off when I get to that point. I now realize that those things are two sides of the same coin. The changes I need to make to get this weight off are the same changes I need to stick with to keep the weight off once it is gone. Light bulb moment.

My goal is to go from looking like a Purple Pumpkin to being a Statuesque Stunner. Or to at least not having to try to camouflage my bumps and rolls. 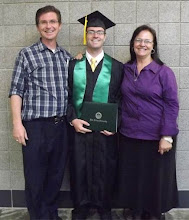 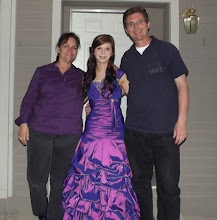 I wear many hats and play many rolls in my life. I am wife to Ken, mother to Eric, Dallas, Adam, Ben, Emily, and Heidi, mother-in-law to Danielle, Jaycie, Catherine, and Chantz, and grandmother to Zoee, Zaylee, Ashton, Jaxon, and Baby Boy Leavitt. I am also a daughter, sister, daughter-in-law, niece, and friend. I love and adore my family and friends.
I am a member of the Church of Jesus Christ of Latter-day Saints, and I love my Savior Jesus Christ with all my heart.
I love writing, playing the piano, singing, speaking, and teaching. Purple is my favorite color, although red and blue are close seconds.
I have had many challenges in my life, too many to list here, but I am learning to be grateful for those challenges because they make me who I am.